The Wilma Award was created by the Central Oklahoma Hemerocallis Society in 2006 to honor both Wilma Bryant and Wilma Marley who were Oklahoma hybridizers.  This award is for the best-grown daylily seen in an ADS Region 11 summer meeting tour garden.
All meeting registrants may vote for this award.  The owner of each tour garden is invited to flag up to three cultivars that have been grown for at least two growing seasons, and that contain three or more fans.  It is suggested that all competing cultivars be flagged identically in all of the tour gardens. 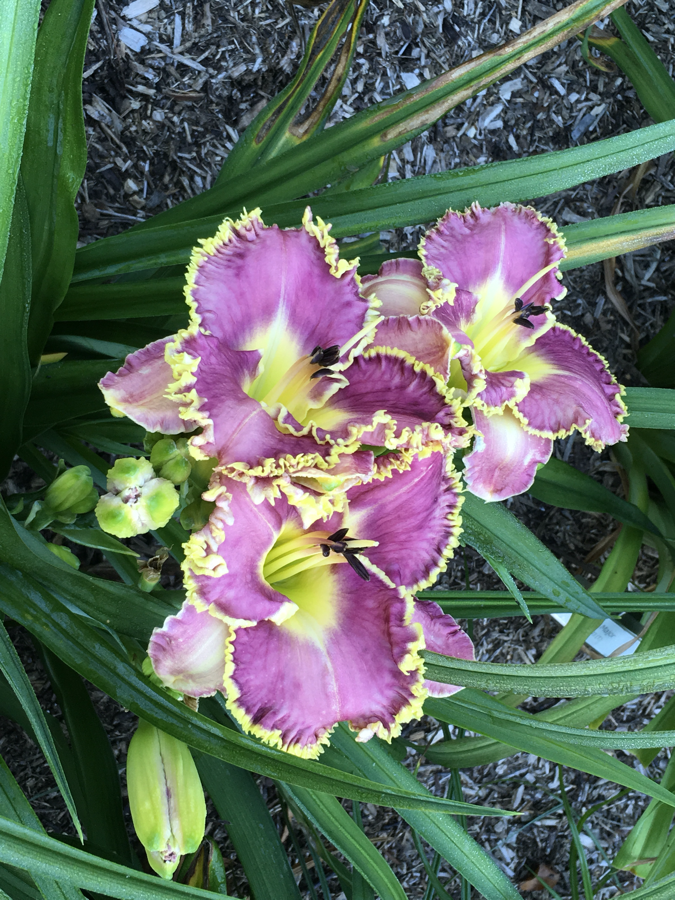