The OSCIE WHATLEY SEEDLING AWARD is awarded at the end of each year’s summer annual meeting (during the business meeting) for the best seedling grown in a special seedling bed for such purpose in one of the host gardens.  The award is sponsored by and will be endowed in perpetuity by the Greater St. Louis Daylily Society.  The award was first awarded at the 2008 Regional Meeting.
Rules for the Award are as follows:
1.   For each summer Regional Meeting, the host club will establish an “Oscie Whatley Memorial Seedling Bed" in one of the host gardens, in spring two years before the event.  (The Greater St. Louis Daylily Society will provide an appropriate sign to be displayed in the garden to identify the bed during the Meeting.)  The host club will be responsible for making sure that Region 11 notifies prospective entrants well in advance where to send their entrees (i.e. the name and shipping address of the host garden).  Notification to Region 11 membership will be included in the first MoKanOk that is published after the host club provides the needed details.  During the years preceding the meeting, the host garden will accept eligible entries and plant them in a fair and suitable manner such that each entry can be easily viewed during the day(s) his/her garden is on tour.
2.   Each registered attendee of the regional meeting, AHS member or not, will have one vote to choose the seedling they believe to be best.  Ballots to be collected at the end of the bus ride on the day each bus visits the host garden that maintains the Region 11 Seedling Bed.
3.   Each plant entry will be identified in the Oscie Whatley Memorial Seedling Bed by only a number that is randomly assigned by the garden host and known only by the garden host until the voting is over.
4.   To be eligible, at the time of the regional meeting a seedling must be unregistered and have been hybridized by a person who is a living member in good standing of at least one Region 11 daylily club.  In addition, to restrict the contest to legitimate hybridizers, in order to be eligible, the submitting party must have registered at least one cultivar with the AHS prior to the year of any regional meeting in which he/she wishes to enter a seedling for this award.
5.   Only one seedling can be entered by any hybridizer per annual Meeting.
Up to five fans can be submitted.
6.   A plant entry will be disqualified if the hybridizer or any member of the hybridizer’s household reveals the identify of the hybridizer’s entry to anyone outside the household.  Of course the host garden owner(s) will know which hybridizer enters which seedling.
7.   It will be preferred and become the ethical standard that any hybridizer who enters a seedling will not even reveal the fact to anyone, even if asked.
8.   The vote of anyone revealing the hybridizer’s name of any entry to anyone will be disqualified.
9.   The vote of anyone who has been told the hybridizer’s name of any entry by anyone will be disqualified.
10. Upon entry, each hybridizer contestant will prescribe whether or not his/her seedling can be used for pollen purposes while it is being guested and will designate the plant’s final disposition.  If the hybridizer wants any portion of the clump returned after the event, he or she must pay shipping fees to the garden host.  Under no circumstances may guest seedling plants be used as pod parents, even with its hybridizer’s permission.
11. The winning entry must be registered with the AHS within one year.
12. The Greater St. Louis Daylily Society will provide a suitable trophy to the host club for their presentation to the winner.
13. The Greater St. Louis Daylily Society will pay the garden host $150 as a stipend to reimburse him/her for the trouble and expense of maintaining the Region 11 seedling bed.  The stipend is intended to cover the host garden’s cost of bed preparation, plant labeling, plant care, etc.  The value of the stipend will be reassessed every five years beginning in 2010 for a possible increase necessitated by the effects of inflation. 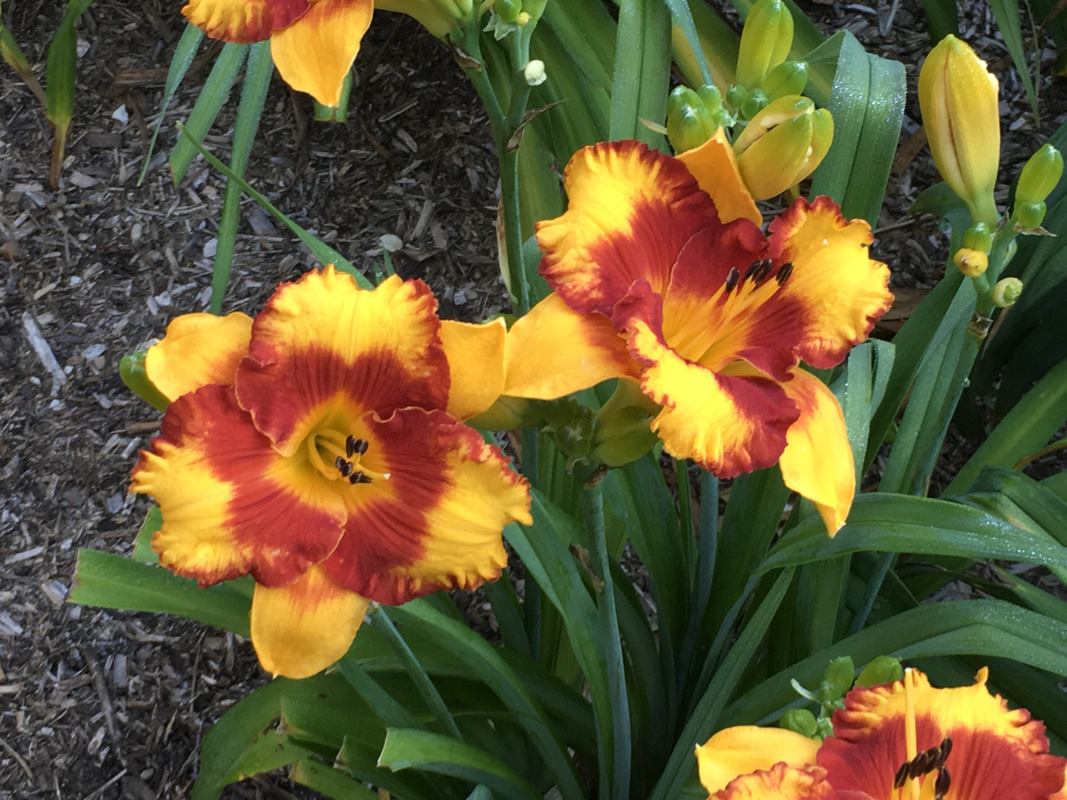